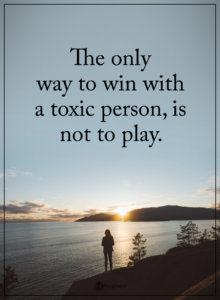 8 Ways To Spot Emotional Manipulation And How To Avoid It

Avoiding Certain People to protect your emotional health is not weakness, it is WISDOM!

Having strong connections to the people in your life is a really important thing to do in order to live this human experience fully, but sometimes, we let in people who manipulate us emotionally.

Here are 8 ways to spot that emotional manipulation.

1. They turn your words against you in a negative way.

A person attempting to manipulate you emotionally might say they’re someone you can confide in, but then later use your words against you as gossip or in an attempt to convince you to do something you don’t want to do.

Your words can also be used against you in a confrontation.

Telling a manipulative person about something they did to hurt you, they often turn it around, making it about their own personal struggles, and make you out to be the bad guy.

2. They present themselves as someone who just wants to help.

But with someone who’s emotionally manipulating, that help is a bargaining chip that will be used against you in the future, or as a means to acquire your assistance with a future endeavor.

3. They say one thing, do another, then claim it wasn’t what they said.

This is a good one. We see it in politics a lot. People say they’re going to do one thing, then do another, and then they say that they never claimed the first thing in the first place.

What? Is your memory failing you? No, you’ve just encountered someone who has mastered the art of manipulation.

4. They try to guilt trip you.

Friends don’t try to make each other feel guilty. Sometimes we do things and feel guilt about it, but you friends shouldn’t ever try to impose that guilt on you.

A manipulative person might impose a guilt trip onto you in order to get you to perform a set of actions, even if it’s just an apology.

Sometimes they’ll get off on having that upper hand.

5. They tend to be passive-aggressive.

This enables a manipulative person to deal with things indirectly.

They’ll leave a note, talk about you behind your back, and even sometimes support your decisions before turning around and acting put out by their role in supporting your decisions.

It’s difficult to deal with passive-aggressive people. The best thing to do is confront them about it.

6. They aren’t ever accountable for what they do.

When it comes to the manipulative people in your life, there’s always someone to blame, and it’s never themselves. Always something else.

Some external factor. They blame it on their upbringing, how tired they are, how hard they work.

Does this sound familiar at all?

7. They always seem to have it worse than you.

Your friends will be there through tough times. They’ll let you know that they care and offer what support they can. But a manipulative person’s problems are always a little bit worse.

Your grandma is in the hospital?

Well, sorry to hear that, but I have just had back to back to back exams at school and I just can’t talk to you about this. You aren’t the only one with problems.

8. They lower the energy of everyone around you.

There are just some people who are like that, aren’t there? You spend a little bit of time with them and you’re simply exhausted when you’re done. What can we do about people like this?

We all come across manipulative people at some point in our lives. It’s important to fully understand how they operate so you can free yourself of them and their influence.

PS: I hope you are practising a lot of social distancing this season?

Please stay safe and we hope for a cure to the Corona Virus by God’s grace.

Thank you for visiting my website and I hope to see you again.

The strategy of comparison

There’s an option of living. CEO OF HADAR CREATIONS TALKS ABOUT BOUNDARY.

Later on, on what we do.