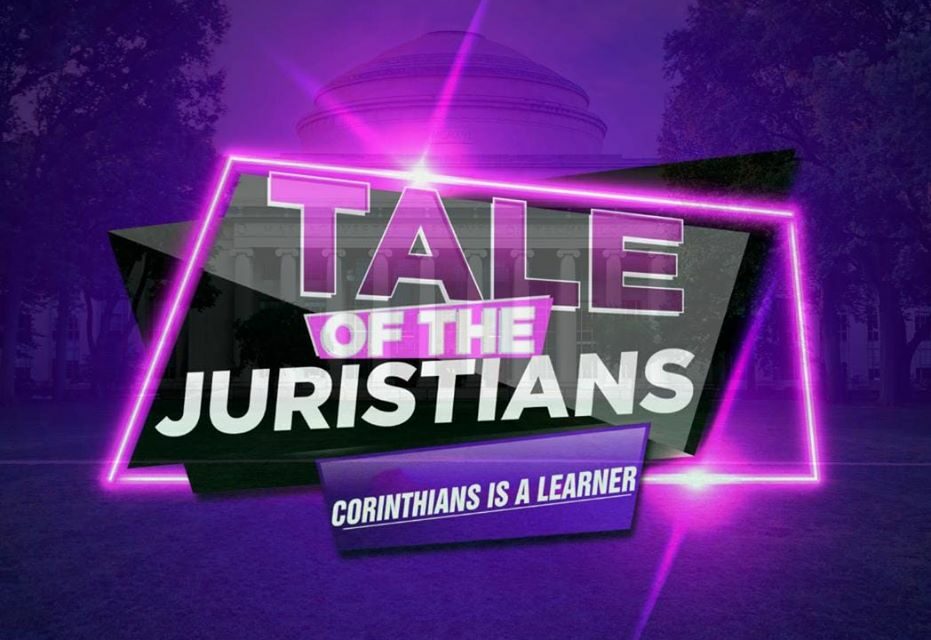 By Tosinodudu on
Posted on Dec 31, 2019
in categories
Categories Be inspired, TALE OF THE JURISTIANS

Tale of the Juristians Episode 23

“What is it” deaconess Martha asked curiously.

“Hmmmm it’s your Pastor o, Deacon Okafor and Elder Malaolu have written a petition against him and forwarded it to the headquarters” deaconess Bimpe said excitedly.

“Why?”  deaconess Martha asked. The man is not bad o, it’s the wife I really don’t like.

“What do you mean by the man is not bad?” Deaconess Bimpe asked irritatingly.

“As far as I am concerned they are both the same thing. Any man that cannot control his wife and gives her so much power where he is supposed to lead is weak and not fit to be a leader!” Deaconnes Bimpe said firmly.

“Hmmm, well true sha, but I don’t see Pastor Nick as  a weak man though, he is a firm man who just allows his wife to be herself. That in itself is not a bad thing at all, you know how my husband allows me too, even your husband too deaconess Bimpe.”

“Let us be a bit fair o, I don’t like his wife Eliza, but I would not take away the fact that Pastor Nick is a correct man, no be smear smear man at all.”

“And honestly I think he knows how to put his wife in order, despite the fact that he allows her to be her.” Deaconess Martha said firmly.

“Eh, this one you are now defending Pastor Nick like this, I hope all is well sha? E be like say you like the man, oya whisper am for my ear yeye woman” deaconess Bimpe said amidst a huge laughter laced with scorn.

“Abegiiii shift, deaconess Bimpe your own sef too much biko, can’t I like and respect my pastor again if he is a good man?”

“It does not take away the fact that I still don’t like his wife abeg, make she shift.”

“Ok ooo, you know say I be original Yoruba woman, you are a mixed blood, Edo and Yoruba ni e.”

“We have a Yoruba adage which says you cannot love a man, and hate his wife.”

“See our Pastor and his wife are a team, I thought you were smarter than this deaconess Martha, haba?”

“How do you intend to break such a bonded couple?”

“You cannot do it please, don’t even try.”

“I tried giving Eliza a gift two weeks ago when you walked away coldly past us at the corridor, she told me point blank that her husband asked her not to collect any gift from church members,” Deaconess Bimpe said sneeringly while looking at deaconess Martha.

“You don’t mean it?” Deaconess Martha asked in disbelief, Oh yes! Deaconess Bimpe responded, so understand that they are a team, you cannot like one and hate the other, they would put you in the middle.”

“Ok, ok, ok, na dem sabi, they should stay on their lane then, who has their time sef?”

“Abeg let’s go inside,  the church service has started already.” Deaconess Bimpe said while dragging deaconess Martha by the hand.

“We bless God for this last month of the year, it’s been an awesome year so far, filled with diverse blessings.”

“I and my family are so glad that we were brought to this parish.”

“We thank God, and we know that we shall fulfill every obligation and duty the Lord wants us to fulfill to the glory of the Lord in Jesus name!”

“I am not going to give any sermon today, but a word of admonition and counsel to the great men of this church,” Pastor Nick said while he looked at the faces of the men in the congregation deeply, and as many eyes as he could catch.

Deacon Okafor and Elder Malaolu looked at him with eyes blazing, while Pastor Nick caught their eyes and gave them a smile.

Elder Malalolu scribbled a note, “what does this ignoramus want to say?” He passed the note to Deacon Okafor.

“I wonder, let us wait for the fool” Deacon Okafor responded while he passed the note back.

“Many men are living in penury and abject poverty as a result of ego!……….”  Pastor Nick said firmly while he looked at deacon Okafor and elder Malaolu as they exchanged notes.

Both men jerked in shock as they shifted their attention back to Pastor Nick, while Pastor Nick looked at them both, smiled and shifted his gaze.

“I have worked with many men in my 20 years of career, before I became a full time Pastor, and one thing I found out is that many men do not know who they are, and their ego is so big that it keeps blocking their blessings.”

“I would tell you man to man today, and as someone who has worked as a manager for most part of his career, your IDENTITY is what defines you as a man, and not your status.”

“So you get a role in an organization where you are to report to a woman, or where a woman is your boss, you allow your ego to create a disconnect between you and your boss.”

“Rather than you operating in wisdom, keep your ego in check and let that boss of yours understand that you recognize their position as the boss, you start to flex muscles with them, you start to see the woman through the lens of a lesser being, then she picks up your signal and becomes your albatross.”

“I also observed that this is not only done to a female boss, the men I observed also do this to their boss who they know that they are older than, or in the same age range with.”

“This is even worse, you are responsible for how you treat people, not how others treat you.”

“The moment you understand this as a man, then ego would stop creating a disconnect to your success.”

” So either you are a security officer in an organization, or even a cleaner, the moment you understand that that position does not define you, and you know who you are, and who God has called you, then you would not allow your ego to get in the way of your progress at such a job.”

“I have seen female bosses who carry the matter of a male subordinate on their head, and they go to any length to support such a subordinate all because of one thing, respect and honour for them.”

“They recognize the fact this person is full of so much humility, and they are ready to open any door for them to move higher in such an environment.”

“It is my desire and prayer that you search your heart and tell yourselves the truth as a man in this coming year.

“You are a leader, and as a christian man you are called to lead. Leadership entails wisdom, wisdom is embedded in so much humility, let humility be a part of you in the coming year dear men, try it. Keep your ego in check when it comes to your career and businesses and watch how you would break boundaries, and soar so high.”

“You are blessed dear brethren, may this coming year bring you success and wins all round in Jesus name, Amen!!!

“The church was solemn for a split second after Pastor Nick left the pulpit, then the congregation began an applause which was led by the women, it grew into an uproar of joy and the many of the men had to join in, looking at Pastor Nick hesitantly and in awe.

“Who can harm you if you are zealous for what is good?”

Tags OOA, Tale of the Juristians

8 Ways To Spot Emotional Manipulation And How To Avoid It