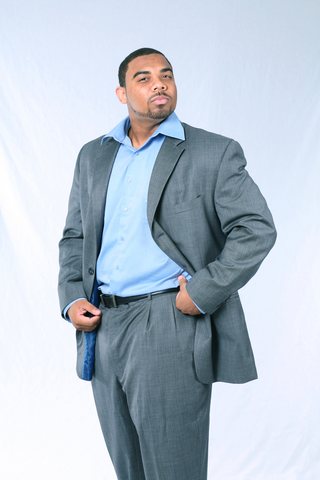 Men, ego and the craving for respect

“The only thing that a man needs is respect”

I hear this popular statement every now and then being used to charge women to be respectful towards their husbands. It is said that the only thing close to the heart of a man, that he needs and craves, is respect. This statement has wreaked a lot of havoc in many homes. It has created a lot of men who have become unapproachable gods their homes, and to the society at large.

This statement has positioned some men and pitted them strategically against their wives. It has made them stiff-necked, and like a panther, prowling quietly seeking for ways to accuse their wives and all women, as being disrespectful. It has created lots of men who have become an opposition on their own path of progress. They will not discuss issues with their wives because they see her input or advise to them as a sign of disrespect.
I was having a discussion with a couple… engaged to be married. Whenever this woman chipped in her own idea to our discussion, the man would shut her up and tell her she argues too much. He tells her to keep  quiet and stop arguing. We were having a brainy discourse, and this was his reaction to his intended wife. I watched that scenario play out all through the conversation. The woman is actually like an aunt to me, so I called her aside and told her: “Aunt, you would be making a mistake getting married to this man. He is going to project his self esteem issues on you and crush you. Please give this union a second thought. ”

She ended up calling off their engagement after a while, because she had an epiphany of the kind of prison she would subject herself to, all in the name of respect. Shortly afterwards, she met and married a man who saw her as a partner and celebrated her intelligence rather than crush it.
You can’t say because you are a man, then you disrespect your wife privately and publicly and yet demand absolute respect from her in return. How possible is this? Is she not human? Even if she respects you despite the disrespect you churn out at her, understand that the kind of respect she gives you is coming from a place of bitterness and hatred.
It will take a lot of grace for a woman to keep doling out respect to a man who constantly disrespects her.  That kind of respect if actually given by the woman, despite the disrespect she gets from the man, is toxic and it will attract ill luck.

Dear man what kind of a man are you? Are you a man of honor? How do you treat your wife? Do you know that respect begat respect? The kind of respect you showed her while you both were still in a relationship before marriage that made her so sweet towards you, why has that respect suddenly gone out the window?
Some homes are going through a whole lot of hardship because of this same respect issue that we keep saying is exclusive to men. Decisions which should have been jointly made by the man and the woman becomes the sole decision of the man. He deliberately decides not to seek for his wife’s input, because somewhere in his subconscious he feels if her input ends up to be right, then he would have lost respect in her eyes.

This is so wrong, and a terrible mindset. Sometimes your wife sees what you can’t see. Women are naturally intuitive and have the gift to perceive whatever might go wrong. How can you have such a beautiful gift in the form of your wife and you decide to belittle and treat her condescendingly? Don’t you realize you are short changing yourself and delaying your own advancement in life?
A woman once told me she can’t discuss issues that are ruining their marriage with her husband. The man would be so aggressive, not willing to listen, and she would forget everything she wanted to discuss. I told her to try another method – writing down a list, and agreeing with him on a convenient time for their discussion. She did this, and immediately the discussion started the man flared up and turned everything into a huge fight which ended up in tears for her. According to him, she was being confrontational by writing down a list of what she wanted to discuss with him.
Why are some men so full of ego and so impossible?
In conclusion everybody needs respect.

The man and the woman both deserve respect. It is what you plant in your wife that you will reap in double folds. That is why some women, even if they become scholars, business or company executives in life, would adore their husbands, and show him so much respect in private and in public.
Ask around or ask her why she does this, she would tell you her husband cherishes, respects, adores and supports her.
The only thing a man needs is not respect, a man needs a good heart in him, he needs to be respectful towards his wife. He needs to cherish, support and adore her. He needs to see her as his partner. He needs to seek her input in every decision that concerns their marriage and even some personal decisions. There is no good woman you treat this way that will not treat you even better.
A man and a woman both needs respect so their union can thrive on healthy grounds.

Body Shaming has got Nothing on you Dear Woman!

Congratulate me or I label you!